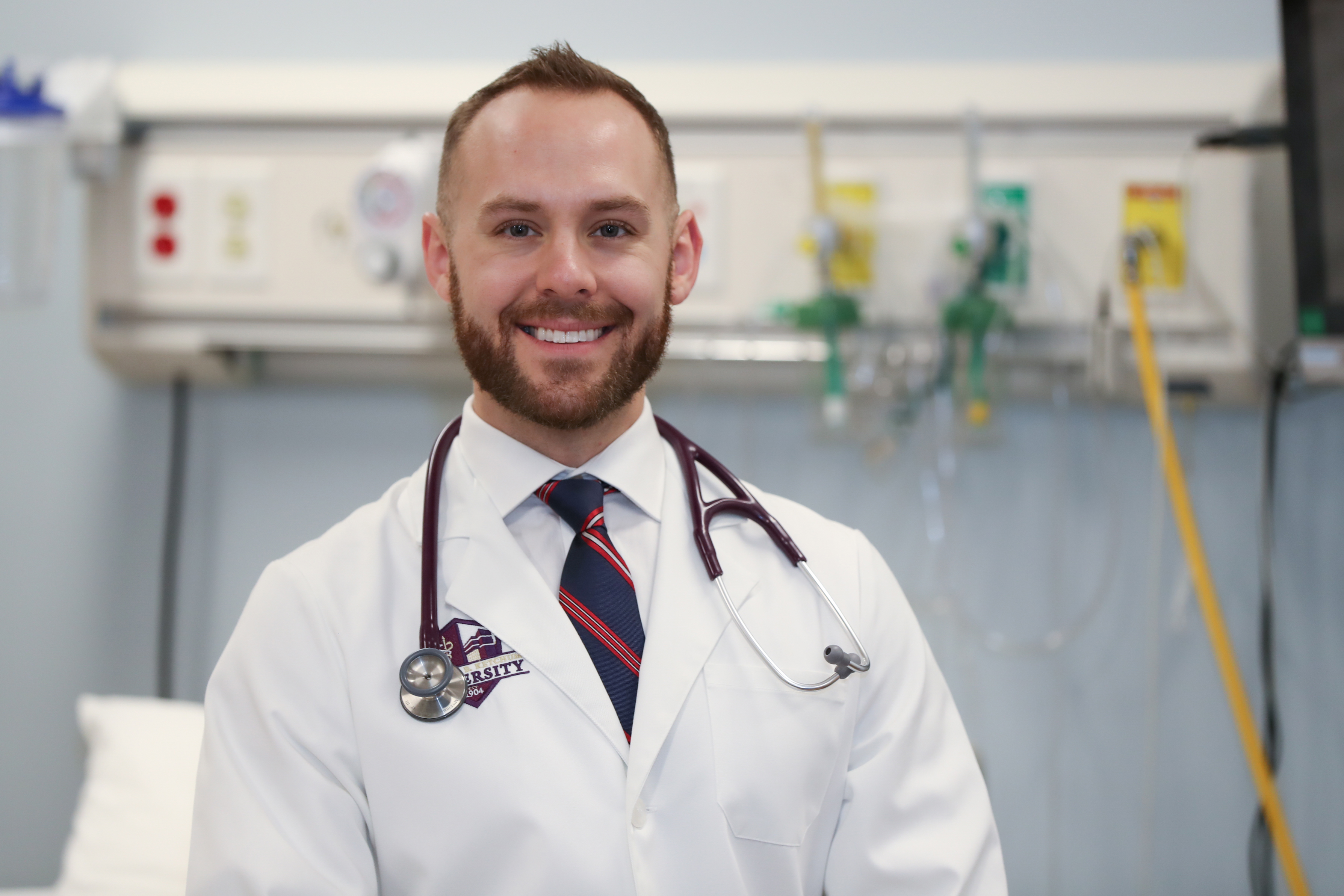 Cameron Christie has a biography that almost seems designed to produce a successful PA: beginning at the age of 15, he worked for eight years as a mental health technician in an ER. As an athlete, he participated in the explicitly team-based sports of hockey and rowing, and, most significantly, his father was a PA himself for 35 years. The influence Cameron’s father had on Cameron was more than merely occupational; throughout his career, his father served as a strong example of the best kind of health care provider. “I have always really looked up to my dad and see him as a role model,” says Cameron. “It was difficult making a name for himself when the profession was in its fledgling phase. But seeing his hard work, his dedication and how he was respected by his patients always inspired me.”

Cameron chose MBKU partly because he saw his father’s philosophy as a PA reflected in Ketchum’s personal approach to education, where Cameron knew he would be seen as an individual, and not just a number. At MBKU, this personal approach extends to the opportunities afforded by the generous giving of donors, who are already funding unique scholarships that enhance the educations of PA students like Cameron.

When Cameron went on his ER rotation, he encountered a doctor who made a concerted effort to use a point-of-care ultrasound machine to help diagnose patients, and who was willing to teach Cameron the basics. Later, when Cameron saw that a two-day conference would be coming to Southern California that was specifically designed to train health care providers to deepen their understanding of point-of-care ultrasound, he approached PA Allison Mollet, Program Director of the School of PA Studies, about the possibility for MBKU students to attend. PA Mollet saw the potential of this training and apportioned money from the PA Scholarship Fund for MBKU students to use for registration fees and transportation costs.

Cameron was hoping for, at the very least, some pointers from the conference. What he and his fellow attendees received was a nearly comprehensive understanding of how to use point-of-care ultrasound. “I wanted to build my confidence with ultrasound, but now I can very confidently say that I know what to do and how to use it. Over the two-day conference, we had our hand on the probe at least 15-16 times. It’s one thing to scan but not really know what you’re looking at. Now I really know.” Cameron’s interest, his comfort in bringing a new idea to his program director, and the support he received as he and his classmates achieved proficiency in a diagnostic technique all serve as an example of the personal approach to education at MBKU.